I urge you to take a moment to read this weeks Industry Report. As a Native American, it still surprises me that people don’t see the hurtful nature of the word “redskin.” I applaud Chad for stepping up and being an agent for education and change. As Tribes, we have a powerful voice, and when united, we have and will continue to accomplish great things. I understand that people don’t want to be reminded of the bad, just like many have forgotten the forced marches of native men, women and children from their homes. However, until we change these wrongs, we must take action.

Be an agent of change, take Chad up on his offer and post the video.

On October 17, a new commercial aired shining a light on one of the original definitions of the word “redskin.” This definition, which can be found in many historical records, including the 1863 Winona Register, a Minnesota newspaper, shows that a “redskin” is a scalped head of a Native American, sold, like a pelt, for cash.

Rather than taking a judgmental tone, the commercial sticks to just the facts, ma’am. And the ma’am, in this case, is a virtual/electronic assistant like “Alexa” or “Hey, Google.” The commercial opens with a little girl on her grandmother’s lap. They are reading together, and, when stuck on a word, ask for help from the virtual assistant, who provides the answers. When a teen enters the room and says he’s “going to the Redskins game,” the little girl asks the virtual assistant what “redskin” means, and the robot tells her the 1863 Winona Register definition. She, as well as her grandmother, are shocked.

Created to support the Change the Mascot march and rally organized by the National Coalition Against Racism in Sports and Media, the commercial was developed by Red Circle Agency, the country’s only Native-owned advertising agency working exclusively with Native American casinos. Chad Germann, owner of Red Circle Agency and member of the Mille Lacs Band of Ojibwe, says the cause is close to his heart. “When members of my Tribe hear the word ‘redskin,’ it means an ancestor’s scalp being collected for bounty.” He goes on to say, “I don’t really want to sit here and argue where the word comes from. I know it was used for a couple of centuries in a cruel and disparaging way. We need to be better than that.”

I Had No Idea

When Germann was asked what he’d like to see come out of this campaign he said, “A good advertising campaign tries to move opinion. In this instance, what we want is for our audience to understand that this word isn’t just some cute descriptive tag — but rather this is an ugly word linked to a terrible and violent part of our history. We want to draw a direct line between the name ‘Redskin’ and the genocide of Native Americans.”

“The real challenge is that most people JUST DON’T KNOW. People I show this to for the first time are uniformly shocked. ‘I had no idea,’ is the answer I get. If we are sensitive to eliminating racial slurs for all minorities and ethnic groups, why not Native Americans? Ignorance can no longer be an excuse.”

What action can be taken now? Per Germann, “We’ve made billboards and two different tv ads for this cause. There are six more Washington NFL games this season (at the time of this article). All of these games involve opponents from markets that have Native casinos spending tv media dollars. What we would love to see happen is that tribes in each of these markets would volunteer to do what my tribe did in Minnesota, and what the Match-E-Be-Nash-She-Wish Band of Potawatomi Indians (Gun Lake Casino) is doing for the Detroit Lions game, and trade out a handful of their casino tv ads for this most recent ‘Not Your Mascot’ tv ad.

“Red Circle wants no money for this. They can have the TV spot to run as often as they like. We will change out the end creative for them and add their Tribe’s logo to the ‘thank you for support’ art card and send a broadcast ready version to whatever media outlet they like. Anyone can use the spot.

“We just want the message out there. We want more people to see it. And that can be done as simply as sharing the link on your social media sites. Just paste the link https://redcircleagency.com/NotYourMascot/. Every effort counts.”

No Honor in Racism Video by Red Circle Agency 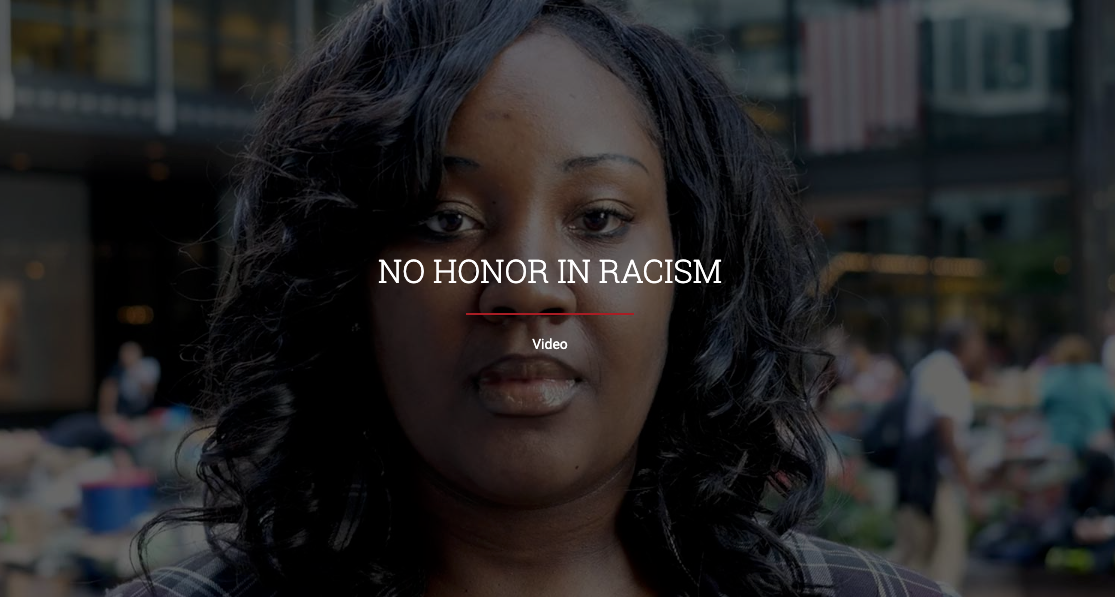